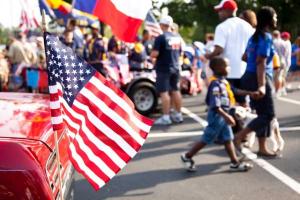 “Freedom in general may be defined as the absence of obstacles to the realization of desires.” ~Bertrand Russell

Freedom. A single word that holds so much meaning and power on individual to international levels. People living today have more choices than ever before and the freedom to pursue options that were not available even one decade ago.

As our nation celebrates Independence Day this week, I invite you to jump in your time machine and take a moment to remember the legacy of freedom that so many have fought to obtain and maintain over past generations.

During the American Revolution, the vision of independence from Great Brittan was powerful and propelled many individuals to get behind the cause in order to create a better future for their families. After the war ended, the Second Continental Congress voted to approve a resolution of independence on July 2, 1776 – that’s 237 years ago today!

This vote resulted in the widely known Declaration of Independence prepared by the Committee of Five, including Thomas Jefferson, Roger Sherman, Benjamin Franklin, Robert Livingston, and John Adams. In a letter to his wife, Abigail, John Adams wrote:

“The second day of July, 1776, will be the most memorable epoch in the history of America. I am apt to believe that it will be celebrated by succeeding generations as the great anniversary festival. It ought to be commemorated as the day of deliverance, by solemn acts of devotion to God Almighty. It ought to be solemnized with pomp and parade, with shows, games, sports, guns, bells, bonfires, and illuminations, from one end of this continent to the other, from this time forward forever more.”

Celebration. Deliverance. Commemoration. Adams highlights all of these themes as reminders of what we have experienced as a nation so we can better value the independence we enjoy now and the privileges associated with this freedom. Celebrating Independence Day on July 4th is an annual reminder of this freedom and the liberty it provides. 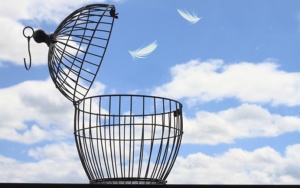 One powerful way we can honor this legacy is by considering what we have gained personal independence from in our own lives.

In addition to the national freedoms so many have fought and sacrificed for, take a moment to consider other freedoms that you can celebrate in your life that are worthy to acknowledge. Maybe it is overcoming a significant obstacle like weight loss or illness. Or persevering through a challenge at work or in your family life and gaining perspective on the other side.

What have you declared freedom from in order to create lasting and powerful change?  Take out a piece of paper and create your Personal Independence List.

Looking at this list, what are three ways you can celebrate your independence as you emerge into a new chapter of your life?

Now put this list into action! How will you fight for and maintain this freedom in the next week? Month? Year?

Whatever has set you free, make time to celebrate how you have experienced transformation in your own life.

As you light up your barbeques and watch the fireworks ignite later this week, remember to also consider what independence you are celebrating.

What new meaning does freedom have for you this year?